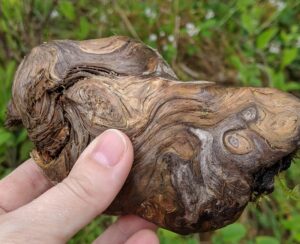 A couple of years ago I stumbled onto Paula Prober’s blog “Your Rainforest Mind: Support for the Excessively Curious, Creative, Smart & Sensitive”, and was invited to consider the following questions:

• Like the rain forest, are you intense, multilayered, colorful, creative, overwhelming, highly sensitive, complex, idealistic and influential?
• Do people tell you to lighten up when you’re just trying to enlighten them?
• Do you wonder how you can feel like not enough and too much at the same time?

As so many other readers of Prober’s blog have responded: yes, yes, and yes!

They and I can very much relate, and feel a sense of relief about finally having our complex “way of being” in the world validated.

Given how justifiably controversial the term gifted is – Marc Smolowitz’s new documentary “The G Word” says it all in the title – it makes sense for Prober to use the metaphorical conceptualization of a rain forest, which “achieves by simply being itself” (Prober, 2016, p. xi). In explaining this choice, Prober writes:

If you think of people as ecosystems, you can see some as meadows, others as deserts, some as mountains – and some as rain forests. While all ecosystems are beautiful and make valuable contributions to the whole, rain forests are particularly complex: multi-layered, highly sensitive, colorful, intense, creative, fragile, overwhelming, and misunderstood, while thick with possibility and pulsing with life, death, and transformation. You could say that a rain forest has far more activity than, say, a meadow or a wheat field. The rain forest is not a better ecosystem, just more complicated. It also makes an essential contribution to the planet when allowed to be itself, rather than when cut down and turned into something that is it not. (p. xi, bold mine)

So, complexity is a key term in Prober’s conceptualization of rain forest minds. I can accept and embrace that as a working distinction.

Along the way I’ll include plenty of posts on what it’s like to to create a rich life alongside my rainforest partner, with a particular emphasis on parenting my rainforest kiddos – but this is not “just” a parenting blog since I’ve never been able to divide my life that way. For instance:

(Are you tired yet? Prober wouldn’t blame you, but wants you to know that this type of existence is generally rejuvenating rather than exhausting for rainforest minds.)

In other words, during my hardest times in life, I’ve turned to learning and exploration as a way to stay sane and engaged.

I’m grateful to Prober for giving me “permission” to be “excessively curious, creative, smart and sensitive”, and to embrace what that looks like each day.

Now, please excuse me while I go and learn some basics of how to play the harmonica (a brand new instrument that just arrived in the mail yesterday). The kids are fed, my husband’s busy working, and I’m tempted by the new challenge facing me… 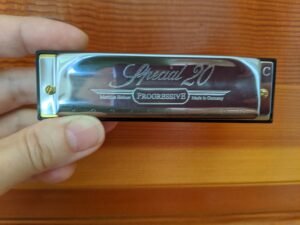